ThessISMUN 2020 Secretariat is considered to be in charge of the overall supervision of the conference. ThessISMUN Secretariat holds the responsibility to monitor all operations and to supervise all Board members of the existing Committees prior to and during the conference.

Born and raised in the beautiful Thessaloniki, Danai Georgiadou is a 4 th -year undergraduate student at the University of Macedonia in the Department of International and European Studies. She is more than honored to serve as the Secretary-General for ThessISMUN 2020.... [view more] 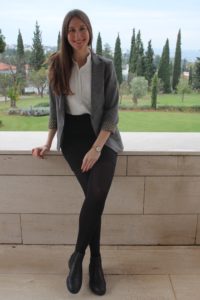 Erato Fessatidou, born and raised in Thessaloniki, is a fourth-year undergraduate student at the Aristotle University of Thessaloniki, Faculty of Law. As a high school student, she entered the world of conferences with her participation in national and international sessions of the European Youth Parliament… [view more] 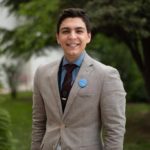 One of the three people that will be serving as Secretary Generals at ThessISMUN 2020 will be Dionysis Menagias, born and raised in Athens. Dionysis is a law student, studying at the National and Kapodistrian University of Athens….[view more] 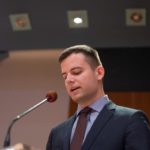 In ThessISMUN 2020 Anastasis will have the honor to serve as a Deputy-Secretary General. Born and raised in Thessaloniki, Anastasis concluded his legal studies in the faculty of law at the Democritus University of Thrace. Currently, he lives and works in Thessaloniki…[view more]

UN President of the General Assembly

Zarogianni Fotini was born and raised in the picturesque city of Thessaloniki. She considers herself to be a highly communicative and hardworking person with hobbies, such as the reading of books and photography... [view more]